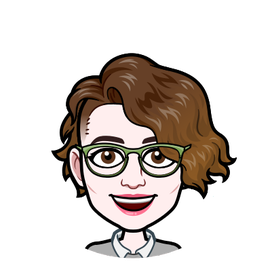 I was taught that my career is about more than my success. I must help others as well. You must lift as you climb.
Dr. Gloria F. Gilmer

Associate Professor of Mathematics Courtney Gibbons joined the faculty at Hamilton College in July, 2013. For the 2022-2023 academic year, she is in Washington, DC serving as a 2022-2023 AAAS Science and Technology Policy Fellow in the Legislative Branch of the Federal Government.

Professor Gibbons studies commutative and homological algebra, and her primary research interest is the study of infinite free resolutions (often through the lens of Boij-Soderberg theory). Gibbons also has a secondary interest in algebraic statistics. Since coming to Hamilton College, Professor Gibbons has supervised several commutative algebra undergraduate research projects at Hamilton, the Willamette Valley Mathematics Consortium REU, and the COURAGE (virtual) REU. She is currently a member of the Executive Committee of the Association for Women in Mathematics.

In addition to being a multiply-certified math nerd and a reformed college dropout, Professor Gibbons likes to rock climb, argue about notation, and snuggle with cats.

This course is designed to examine issues of social, structural, and institutional hierarchies that intersect with mathematics and statistics. This year, the course will examine the themes of Belonging, Civil Rights, Political Districting, and Algorithms.
Jan 1, 2022

The word Algebra and its mathematical connotation stem from a 9th century Arabic treatise by al-Kwarizmi. This historical text dealt with finding the roots of a general quadratic polynomial equation, $ax^2+bx+c = 0$ for nonzero $a$, by completing the square, and this is where our journey begins. By the end of the course, we’ll have an understanding of what tools and techniques modern (19th and 20th century) algebra brings to bear on polynomials and their roots.
Jan 1, 2022

Courtney Gibbons (2021). What is a prime, and who decides?. AMS Features Blog.

Whether youâ€™re buying shoes from Zappos or voting on a networked ballot box, you want to be confident that your information is verified (it really came from you!) and secure (only you and the approved second parties can see it!). Professor Gibbons will talk about the math behind â€¦
Apr 14, 2021 3:30 PM On Zoom

Ever wondered what your life might have been like if you chose differently in the past? This talk is about how I nearly became a geometric group theorist – until I saw homological algebra used to prove theorems about modules. My emphasis will be on what Betti numbers are, a â€¦
Oct 8, 2020 3:30 PM On Zoom
Video
See all talks

On this episode of My Favorite Theorem, we were delighted to talk with Courtney Gibbons, a mathematician at Hamilton College, about Emmy Noether’s isomorphism theorems. Listen to Episode 73!

So You Think You're Bad at Math (video pep talk)

I’ve had a lot of conversations with students lately that start with disclaimers like, I’m sorry, I’m not really good at math, so…, and since it’s not so easy to give a pep talk in-person with the whole pandemic and everything, I thought I’d give the pep talk here. Watch the Pep Talk!